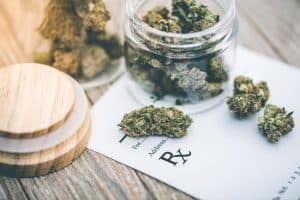 As of this writing, recreational marijuana is illegal in Tennessee. So is medical marijuana, with the exception of a narrow bill allowing the limited use of cannabis oil for certain conditions. However, patients must obtain the oil outside of the state with doctor approval. And, if you are caught with cannabis oil without proof of doctor approval, you face a Class C misdemeanor.

Just a few weeks ago, though, the state Democratic Party voted in favor of medical marijuana. They hope to bring the growing of plants and sale of cannabis oil into the state and make it easier for patients to obtain.

Even though the party believes the state is ready for medical marijuana, they also believe the program should be among the strictest in the nation. The proposed law would keep it limited to oil only, with the dosing and THC regulated by a commission. Authorized growers would be permitted to manufacture the oil only, and not the seeds or other parts from the plant.

The chairman of the Tennessee Joint Ad Hoc Committee on Medical Cannabis, Rep. Jeremy Faison, outlined other points in the proposed legislation:

Lawmakers supporting the bill also believe legalizing medical marijuana can help fight the opioid addiction crisis. Of course, the bill has its opponents, and it remains to be seen if it will ever become law.

In the meantime, marijuana remains illegal, in any form. A drug possession arrest can negatively affect your life, and you will need a lawyer to protect your rights. Marijuana possession in Tennessee is a misdemeanor and can get you possible prison time and fines. Multiple convictions become felonies along with prison time and fines. These types of arrests often hinge on technicalities or smaller details of the law, and an experienced law firm knows these finer points and uses them to your advantage.

Although medical and recreational marijuana has become legal in some states, it is not legal in Tennessee. If you are charged with possession of marijuana, contact the attorneys at the Law Offices of Adrian H. Altshuler & Associates. It is always possible to have the charges against you reduced or even dismissed. We have offices in Franklin, Brentwood, or Columbia. Call us at 615-977-9370 or contact us.