What Is a Drug Recognition Expert? 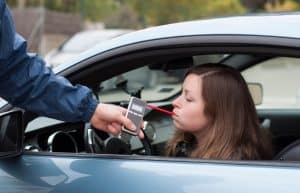 Many people may not realize that even if you have not had anything to drink or done any illegal drugs, you can still be charged with a DUI in Franklin. But how does that make sense? All it takes to be charged with driving under the influence in Tennessee is being impaired enough where it affects the ability to safely operate a motor vehicle. This means that any intoxicant, controlled substance, or substance affecting the central nervous system could land you a hefty fine or in jail. And yes, even for medications that were legally and rightfully prescribed to you.

If you get pulled over, a uniformed officer could very well be a drug recognition expert, or call to bring one to the scene. If they suspect that you are potentially under the influence of any type of drug, they will conduct an evaluation to determine if you are actually impaired or not.

A drug recognition expert is a police officer who is specifically trained on how to detect if a person is under the influence of drugs. They go through a specialized training program where they are taught how to conduct many tests in order to form an accurate opinion on whether or not a driver is impaired and can safely drive a car without being a danger to themselves or others. This training program is called the Drug Evaluation and Classification (DEC) Program and is managed by both the International Association of Chiefs of Police and the National Highway Traffic Safety Administration. In order to detect if a driver is under the influence or not, their protocol consists of performing a series of 12 steps:

Remember that evaluations are voluntary in Franklin

If you get pulled over in Tennessee and are asked to complete a series of tests and answer questions regarding suspected drug use, you have the right to refuse. Evaluations conducted by a drug recognition expert are completely voluntary and will not result in any legal consequences if you deny the exam.

While these experts do go through specialized training in order to form an unbiased opinion on a driver’s sobriety, they are not doctors and do not have any specific medical training. The 12-step system they use is detailed, but it is not foolproof. Even if a toxicological exam is conducted, the police officer may not have achieved the results they were hoping for. This means that a Franklin driver who was arrested and is facing a DUI may have options. With the help of an experienced lawyer, you could have a good defense against a DUI charge if a drug recognition expert was used in your arrest.

If you were pulled over for suspected DUI, asked to perform a sobriety test, and were found to be under the influence by a drug recognition expert, the Franklin attorneys at the Law Offices of Adrian H. Altshuler & Associates may be able to help. Call our office at 615-977-9370, or submit our contact form to schedule an appointment in Franklin, Columbia, or Brentwood today.