Driving Under the Influence of Narcotics

Driving Under the Influence of Narcotics 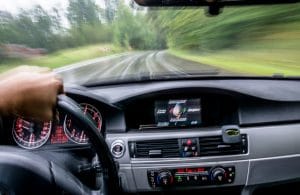 These drugs can include marijuana, narcotics, and even prescription drugs. The latter, prescription drugs, often surprises people. Drivers who need to take medication should be aware that their prescription drugs may affect their ability to be in physical control of their vehicle. Many drugs, for example, make the person who takes them sleepy. Drivers should make sure they read the side effects for any prescribed or even over-the-counter medications they take.

Drivers in Tennessee give their implied consent to breath, urine, and blood tests. One key difference between an alcohol DUI and a drug DUI is that breath tests aren’t used in drug cases because there just aren’t breath machines that can register the concentration of drugs in a person’s system. Blood tests or urine tests normally require that the driver be taken to a local hospital where experienced medical professionals can draw the driver’s blood, or the driver can provide a urine sample. Drivers may also be asked to provide a urine or blood sample at a local police station.

Defense lawyers may try to suppress a blood test if there was too much time between the initial stop and when the blood was drawn or the urine sample was given.

A police officer will normally ask a driver to submit to field sobriety tests before requesting a urine or blood test. If a police officer suspects you were driving while under the influence of any drug, they will likely search your vehicle for evidence of any drugs. This often leads to a second challenge by defense lawyers – that the search was not constitutional. Police may need to obtain a warrant before they can conduct a car search.

Convictions for any DUI can result in jail time, fines, and suspension of the driver’s license. Drivers who have an alcohol DUI may be able to drive if they install an ignition interlock device (IID). IIDs do not apply to DUIs based on drug use since, again, there’s no drug test for breathing into a machine.

As part of any sentence, a judge may order a driver to complete a drug treatment program.

At the Law Offices of Adrian H. Altshuler & Associates, we’ve been fighting for criminal defendants since 1991. We work to suppress evidence of narcotics that were illegally obtained and to suppress the results of drug tests that failed to follow proper procedures. We work to obtain acquittals and to negotiate plea agreements to less serious charges. For help with any driving under the influence of narcotics charge, call our Franklin DUI defense lawyers at 615-977-9370 or fill out our contact form to schedule an appointment. We represent defendants throughout Franklin, Columbia and Brentwood Tennessee.