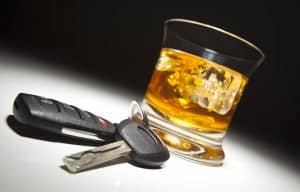 A bill has advanced in the Tennessee House that would prevent DUI offenders from being able to purchase alcohol. HB1698, which passed through the House on March 21, 2018, is sponsored by Rep. Bud Hulsey (R-Kingsport) and Sen. Frank Nicely (R-Strawberry Plains), and would allow judges the ability to temporarily prohibit drivers convicted of a DUI from buying alcohol.

People convicted of a DUI would not be able to purchase liquor from a store or gas station, or order drinks at a bar or restaurant for up to eight years, depending on how many offenses they have. Judges would have discretion for first-time offenders; either one to two years. Originally, the bill called for a lifetime ban on alcohol purchases for a third DUI conviction, as well as making it a misdemeanor to sell alcohol to these DUI offenders. However, lawmakers removed these parts of the bill.

Committee Vice Chairman Rep. Michael Curcio (R-Dickson) said he did not want to punish store owners and restaurant workers who did not commit the crime. Hulsey, the bill’s sponsor, said he viewed Curcio’s proposal as a friendly amendment and the committee passed it unanimously.

The committee also agreed on a verbal amendment that would make the alcohol ban for DUI offenders effective on July 1, 2018 if the bill is signed into law. However, Hulsey offered another amendment to delay this implementation until 2020 due to an estimated cost of $165,000.

Store owners and authorities would recognize offenders through a status on their driver’s licenses, which would be regularly updated with a “No Alcohol Sale” message on it.

A local restaurant owner interviewed said he has his own policies in place to cut down on drunken driving as well. “When you see somebody that’s starting to catch a buzz, and they might cause danger, they are cut off immediately. That’s what we want to do, we want to keep everyone safe, we don’t want any responsibility on our hands either,” said Chris Sartin, Soul Shine Pizza, Founder.

The Law Offices of Adrian H. Altshuler & Associates have a longstanding reputation for providing honest representation in DUI cases. We have the experience that can help you understand your rights and advocate for you in Tennessee courts. If you need legal representation for a DUI in the Franklin, Brentwood, or Columbia areas, call us today at 615-977-9370 or contact us.