Potential Consequences of a DUI with Child Endangerment Charge

Potential Consequences of a DUI with Child Endangerment Charge 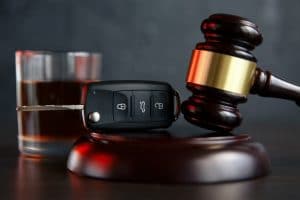 In the state of Tennessee, child endangerment encompasses various types of offenses, including driving under the influence (DUI) while transporting a passenger below the age of 18 in a vehicle. Serious penalties and consequences are possible when a DUI is involved with child endangerment even if the child was not injured or killed during the incident. However, if the child is injured or dies, the DUI turns into a felony.

As mentioned at the outset, if no one is injured during the incident, including a child passenger, the penalties in Tennessee can still be quite stiff. DUI with a child in the vehicle automatically results in 30 days in jail and a $1000 fine, plus the fine for the DUI.

DUI resulting in serious bodily injury to the child

If you operated a motor vehicle under the influence of alcohol while transporting a child passenger in that vehicle and the child suffered a serious injury, you will face a Class D felony of vehicular assault. The term of incarceration for this offense depends on past criminal history, among other factors, but may extend from 2 to 12 years in jail. Conviction for a first offense also carries with it a mandatory jail sentence of 48 hours. The mandatory time of incarceration increases if additional DUIs or other alcohol-related offenses are present on your record.

You will also have your driver’s license rescinded for one year minimum (potentially longer if your record contains prior offenses). For instance, individuals who have at least four DUI alcohol-related offenses and are also convicted of this crime will have their licenses removed for five years.

DUI resulting in the death of the child

If a child passenger dies during a DUI child endangerment offense, it is charged as a Class B felony of vehicular homicide. Upon conviction, the criminal history of the offender and other factors will dictate the sentence, but the sentence range will extend between 8 to 30 years in jail. The same mandatory minimum sentence of 48 hours in jail for a first offense applies to this crime as it did with vehicular assault. Again, any prior DUI or other alcohol related convictions quickly raise the minimum sentencing for this offense. In addition, a conviction on DUI child endangerment with the death of a child will result in the revocation of your license for 3 to 10 years.

If I am convicted, can the Department of Children’s Services take my child?

At the Law Offices of Adrian H. Altshuler & Associates, we are able to advocate strongly on your behalf in your DUI case whether you are facing a first time or subsequent DUI charge. Our Franklin DUI attorneys can fight to have your charges dismissed based on various facts in your case, including invalid breathalyzer or field tests, inadequate grounds for your arrest, or other reasons. To set up a consultation, call us today at 615.977.9370 or fill out our contact form. We serve clients throughout Tennessee from our offices in Franklin, Columbia, and Brentwood.