Tennessee DUI Laws and a Look Back at 2019 Statistics

Tennessee DUI Laws and a Look Back at 2019 Statistics 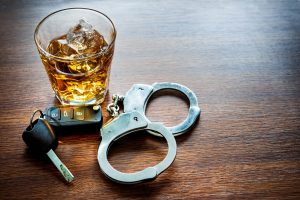 Tennessee law lays out the penalties and consequences for DUI as follows.

In the state of Tennessee, driving under the influence (DUI) for first, second, and third offenses is Class A misdemeanor. For the first offense, conviction carries a minimum sentence of 48 hours in jail, with a maximum of 11 months, 29 days in jail. Additional consequences include fines, loss of driver’s license for one year, community service, and court costs.

Conviction on a second DUI carries a minimum sentence of 45 days in jail up to 11 months, 29 days in jail. This includes fines, two-year loss of driver’s license, court costs, and community service.

A third DUI conviction carries a minimum sentence of 120 days in jail with a maximum of 11 months and 29 days in jail. Additional consequences include fines, loss of driver’s license for six years, community service required, and court costs.

When does a DUI become a felony charge in TN?

Here in Tennessee, misdemeanors and felonies are differentiated by the amount of jail time required for each conviction. Jail time for misdemeanors amounts to less than one year. The maximum jail time for misdemeanor is 11 months and 29 days – one day short of the year. Usually, this time is served in a county jail. Persons convicted of felonies usually serve their time in state prison, and are incarcerated for one year or more.

Upon conviction of a 4th DUI offense in Tennessee, an individual is required to serve at least 150 days in jail with a maximum jail sentence in accordance with a Class E felony, potentially six years.

A sixth or greater DUI in Tennessee is now classified as a Class C felony, with the potential jail term of three to 15 years. A seventh or greater DUI requires the convicted defendant to serve 100% of the maximum sentence. As you can see, with each repeated conviction beyond a third DUI, the jail time required correspondingly increases.

A DUI conviction in Tennessee can change your life for the short or long term. If you are facing a DUI charge, it is important to have a reputable DUI attorney on your side to improve your chances of receiving reduced charges, dropped charges, or an acquittal.

At Law Offices of Adrian H. Altshuler & Associates, our experienced Franklin DUI lawyers are committed to defending you against any charges. Our goal is to protect your rights and pursue a favorable outcome on your behalf. To schedule a consultation, call us today at 615.977.9370 or use our contact form. Our offices are located in Franklin, Columbia, and Brentwood to serve you with the greatest convenience possible.