Can a Passenger Be Charged with a DUI?

Can a Passenger Be Charged with a DUI? 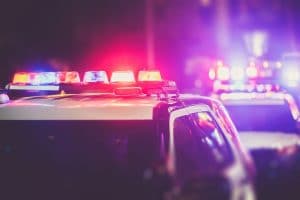 The short is answer is yes, a passenger can be charged with a DUI. There are several reasons a police officer may charge a passenger with a DUI:

Passengers who are intoxicated and under 21 could be charged with underage drinking, drug possession, open container laws, furnishing liquor to a minor, or other offenses that aren’t based on driving.

DUI charges and convictions in Tennessee

There are three essential parts of a DUI conviction, according the Tennessee DUI law:

A DUI conviction is different than being charged. A DUI charge means that the police suspects you were the actual driver. To prove a conviction, the police must have more than a suspicion. They must be able to testify that they saw your drive the car. Convictions results in jail time, fines, penalties, and other major problems.

At the Law Offices of Adrian H. Altshuler & Associates, we hold the prosecution to its legal duty to prove each part of the DUI charge beyond a reasonable doubt. When passengers are charged, there are often strong arguments we can make on the passenger’s behalf. There are often defenses to DUI charges even when the driver is charged with a DUI offense. For help with any DUI charge, call us at 615-977-9370 or fill out our contact form to schedule a free consultation. We have offices in Franklin, Columbia and Brentwood.