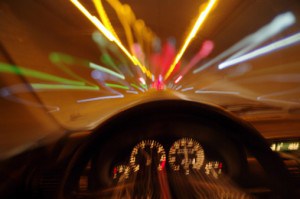 Alcohol-impaired driving is a national problem that is unnecessarily costing the lives of thousands of people each year. The National Highway Transportation Safety Administration (NHTSA) has made a commitment to funding the study of technology that promises to end drunk driving. Called the Driver Alcohol Detection System for Safety (DADSS), The NHTSA wants to have this technology installed in all cars. Mark Rosekind, NHTSA administrator said, “Drunk driving crashes are no accident – they are 100 percent preventable. They all connect back to human choices and errors, but we’re not stopping there. With the help of our safety partners we’re looking at a technological path forward to create a world where there is no more drunk driving.” They will be using $21 million from the transportation spending bill and an additional $5 million from the state of Virginia to develop and deploy DADSS.

The DADSS system is different form already existing ignition interlock technology in that it will be able to unobtrusively measure a driver’s BAC and prevent the vehicle from starting if their BAC is above 0.08. There is also a version that uses a finger scanner that would use near-infrared tissue spectroscopy to measure alcohol in the driver’s bloodstream. The controversy lay in the fact that making this “unobtrusive” technology mandatory for all vehicles amounts to requiring every driver to prove that they are not driving under the influence before they can operate their own vehicle.

A research team at the University of Michigan Injury Center and the U-M Transportation Research Institute conducted a study to find out what might happen if automakers equipped all vehicles with alcohol ignition interlocks, which verify a driver’s blood alcohol concentration before the vehicle would start. The study found that it might save 4,000 lives per year and save the economy about $23 billion.

The NHTSA reported the 10,300 of the 35,100 traffic crash deaths in 2015 (29 percent) were caused by a driver who was impaired by alcohol with a blood alcohol concentration of 0.08 or greater. Tennessee had 252 drunk driving deaths, which represents 26 percent of all traffic deaths statewide.

A Franklin DUI attorney from the Law Offices of Adrian H. Altshuler & Associates is ready to consult with anyone who has been arrested for DUI, which is an offense that carries significant penalties even for the first offense. A conviction can bring a revoked license for a year, up to 11 months 29 days in jail, up to $1,500 in fines, mandatory drug and alcohol treatment program and a judge could order you to install an ignition interlock device at your own expense.

If you have been charged with DUI in Franklin or Columbia we are here to help you. You are encouraged to call 615-977-9370 or contact the Law Offices of Adrian H. Altshuler & Associates for an aggressive Franklin, Brentwood or Columbia DUI defense attorney who will protect your rights.