The Argument for Bail Reform

The Argument for Bail Reform 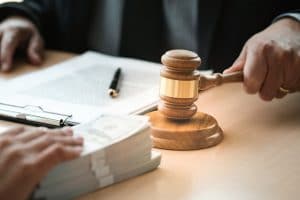 Numerous people who have yet to be found guilty of any crime are held in jails across the United States because they are unable to post bail. This factor in our legal system imposes significant costs on not only taxpayers and communities, but those persons who are detained and their families.

The system often promotes unnecessary incarceration of individuals and it translates into state and local governments spending hundreds of thousands of dollars per year in the process. Reform of the bail system would certainly result in more equitable and fair bail policies that benefit society in general along with the individual lives that are directly affected.

According to our constitutional system, individuals accused of the crime, whether felonies or misdemeanors, have a right to be released on bail until they are required to attend trial. This is due to the presumption of innocence in our system. Bail is designed primarily to provide a financial incentive for those accused to appear in court when that time comes. Bail is forfeited as a penalty if the accused fails to appear. Usually, bail is set higher for more dangerous individuals in the eyes of the court are those who are deemed to have a higher flight risk.

Courts may release accused persons without requiring bail, but this is an infrequent occurrence. Many who are accused of a crime had no choice but to purchase a bail bond from a commercial bail bondsman because they cannot afford to post bail.

While bail bondsmen rack up the profits from the bail bond enterprise, taxpayers eat the bill because of the many accused individuals who empty their own bank accounts to purchase a bail bond and then provided an attorney courtesy of the taxpayers.

Individuals who are unable to purchase a bail bond, let alone post bail had no choice but to spend time in jail waiting for their trial. This wait can often last several months.

After one and half years of hearings throughout the state of Tennessee, the Indigent Representation Task Force reported in 2017 that there was general agreement among private defense attorneys, public defenders, prosecutors, including law enforcement of the need to reform Tennessee’s commercial bail bondsmen system.

Tennessee has yet to see the reforms many desire to implement to eliminate the problems of forcing financially stressed individuals to pay for commercial bail bonds and taxpayers getting hit with the bill for public defenders and appointed attorneys for individuals who cannot pay for their own legal representation. Taxpayers also continue to pay for housing individuals who are unable to pay for pretrial bond and for those who end up pleading guilty, regardless of their actual guilt, and submit to longer sentences than they would have received otherwise.

Our Franklin criminal defense attorneys at the Law Offices of Adrian H. Altshuler & Associates understand the difficulties individuals face when they are accused of a crime of any nature, whether misdemeanor or felony. We are here to help you in your time of legal distress. Our team can work to fight for the best possible outcome in your case. To arrange a consultation, give us a call today at 615.977.9370 or complete our contact form. We maintain additional office sin Brentwood and Columbia.