What to Tell Your Kids about Dealing with Law Enforcement

What to Tell Your Kids about Dealing with Law Enforcement 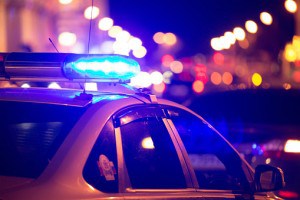 If you are the parent of teens and preteens, you know that as they grow older and more independent there will be times when they will encounter law enforcement when you are not with them. Have you had a conversation with your kids about what to say and how to conduct themselves during interactions with the police? Are you confident that your son or daughter knows what is appropriate to say and do when they have been detained by a law enforcement officer?

With all of the recent events involving citizens shooting police officers in retaliation for the killings of unarmed civilians, law enforcement officers are tense and on their guard even more so than before. Parents of young people of any race would do well to sit their children down and have a serious conversation about what to do, what to say and not say to an officer who has pulled them over or detained them on the street.

While young people need to understand that, as the United States Supreme Court has said, “Constitutional rights do not mature and come into being magically only when one attains the state-defined age of majority. Minors, as well as adults, are protected by the Constitution and possess Constitutional rights.” The opportunity to assert and defend those rights is not always best exercised in the presence of an officer who is detaining them. Young people need to understand that their attitude and actions will have a significant bearing on the outcome of their interaction with the police. If they feel as if they are being unfairly targeted for something they did not do, if they feel as if they are being racially profiled or even if the police officer just seemed to be in a bad mood, at the time of their encounter with police the officer holds the balance of power.

What should your young person do when they get pulled over?

They need to understand the police are as much in fear of their lives as the person who is being detained. Here is what to do, what to say and not say when you have been pulled over:

The point is not to encourage young people to fear the police, but to be aware of their authority, and their power when a person is being detained. The American Civil Liberties Union of Tennessee offers a free information sheet that gives teens a quick primer on their rights.

If a crime has indeed occurred and you get arrested, an experienced criminal defense attorney from the Law Offices of Adrian H. Altshuler & Associates is just a phone call away. We will assert and protect your son or daughter’s rights and advise them as they move through the justice system.

Do your kids know the appropriate behavior when dealing with the police? Do they understand their rights if a law enforcement officer approaches them? If your child has been arrested, you will need an aggressive Franklin criminal defense attorney to assert and protect their rights. You are welcome to contact the Law Offices of Adrian H. Altshuler & Associates today at 615-977-9370. We also have offices in Brentwood and Columbia to serve you.