The Basics of Parole in Tennessee

The Basics of Parole in Tennessee 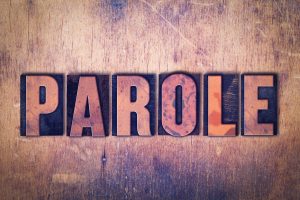 Parole and probation are similar in some ways, different in others. Both terms apply to anyone convicted of a crime. Both terms require that the person convicted comply with all related conditions. Noncompliance with parole or probation conditions can mean that the convicted person will be confined in a jail or prison.

Probation is a condition of plea agreement or a sentencing hearing for conviction of a crime. Instead of incarceration, the defendant is placed under the supervision of a probation officer for part or all of their sentence. For example, a defendant may be sentenced to a two year sentence which includes one year of local prison confinement and one year of probation.

The probation officer can charge the individual with violating probation for failing drug tests, not meeting with the probation officer at schedule times, not performing required community service, another arrest, or for other reasons. Probation is generally awarded and supervised by a local judge. An arrest will lead to a separate new criminal case.

Parole is a condition of release for someone who is already serving a sentence in jail or prison. The decision to grant or deny parole is made by the Tennessee Board of Probation and Parole, after there is a hearing. The case is heard by hearing officers. The hearing officers can decide that the convicted person should be released and supervised by a parole officer. As with probation, a parole officer can request that the person’s parole be revoked if they are arrested for another crime, fail to meet with the parole officer, or violate any terms of the parole order. If parole is revoked, the parolee will then serve the remainder of his/her original sentenced. The parolee can also be tried for new crimes if a new arrest occurs.

Parole will be denied if one of the following conditions apply:

The Parole Board also considers community support and opposition to parole.

One of the key conditions for parole is that the offender must work in a lawful job, unless he/she is certified as being disabled.

There is hope for people convicted of crimes. One hope is that if they work towards showing they will be productive citizens after being jailed, a defendant may be considered for parole. Preparation is crucial in parole hearings. The experienced criminal defense lawyers at the Law Offices of Adrian H. Altshuler & Associates work to address the concerns the government, victims, and the community have about granting someone parole. To learn your rights, call or have someone on your behalf call us at  615-977-9370. Or complete the contact form to speak with an experienced criminal defense lawyer. We represent defendants in Franklin, Columbia and Brentwood.