When Can a Criminal Charge/Conviction Affect a Divorce Proceeding?

When Can a Criminal Charge/Conviction Affect a Divorce Proceeding? 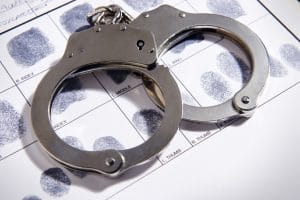 Life choices do matter. Spouses who are going through a divorce will have the right to argue that character matters in a wide range of divorce issues. Generally, the strongest evidence of bad character is that someone has been convicted of a crime. Being charged with a crime may be especially relevant if the charge relates directly to the divorce issues – such as domestic abuse or child abuse charges. The ability to use conviction records and charges varies depending on the type of divorce action – the divorce itself, alimony, child custody, and other family law matters.

Generally, to the extent criminal convictions are considered in divorce actions, the judges will consider:

A criminal charge may not be admissible unless there is a conviction. The circumstances behind the charge – such as my spouse is an alcoholic may be admissible regardless of a conviction. In Tennessee, divorces can be granted based on different criminal factors. Those factors include:

36-4-118 of the Tennessee Code requires that “the proof that the defendant is a convict, or is sentenced to the penitentiary, if that is the cause relied upon for the divorce, shall be by the record of the conviction and sentence.”

**For the record, addiction in and of itself is not a crime. But if your spouse engages in criminal behaviors – purchasing illegal, controlled substances, or getting high, or driving while drunk, etc. – then it could affect the outcome of your divorce.

Generally, convictions are not a direct factor. They can be an indirect factor. For example, a wife should not be held responsible for any debts her husband acquired through fraud or any criminal activity.

Generally, any convictions or criminal activity are an indirect factor in determining whether one spouse should pay one of the four basic types of alimony to another spouse. The Tennessee Code does provide that “The relative fault of the parties, in cases where the court, in its discretion, deems it appropriate to do so” is a factor.

Essentially, if a spouse’s inability to earn a living is self-inflicted due to criminal activity, the family court will consider that a negative when deciding alimony issues.

Child custody cases always begin with the premise that the court will decide custody based on what is in the best interests of the child. The court can consider many factors including:

Child support calculations are primarily based on the number of children involved, the amount of time each parent spends with a child, and the income abilities of each parent. If a spouse is in prison, then he/she is unlikely to be able to earn a living until they are released. On release, a conviction may affect a spouse’s ability to find suitable employment. This can complicate issues of support.

At the Law Offices of Adrian H. Altshuler & Associates, our family lawyers have been helping spouses negotiate and litigate their divorce and marital issues for nearly 30 years. We understand how critical it is for courts to consider your safety and the safety of your children while respecting the rights of everyone. To review your divorce, custody, alimony, and other marital issues; call us at 615-977-9370 or complete our contact form to schedule an appointment. We represent spouses in divorce and family law cases in and around Franklin, Columbia and Brentwood Tennessee.