What Makes a Parent “Unfit”?

What Makes a Parent “Unfit”? 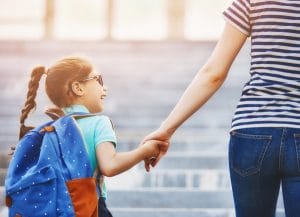 Some of the many factors courts will consider in parental fitness family matters are:

The unfitness of a parent is sometimes raised when one parent wants to move to another state or a distant part of Tennessee.

There are two types of child custody in Tennessee – physical and legal. Physical custody is the decision who does the child live with on a daily basis and who takes care of his/her needs on a daily basis. Legal custody is the ruling about which parent decides where the child attends school, the religion of the child, and longer-term issues. In both physical and legal custody – the parents can have joint custody or sole custody. Additionally, the parents are required to have a parenting plan that governs when the child will stay with the other parent.

Unfitness does need mean you don’t like the other parent or like his/her personal choices. Unfitness means that a parent is putting the emotional or physical safety of their child at risk.

Unfitness is normally not a balancing decision. If one parent is too unfit to take of the child, then the rights to both physical and legal custody may be in jeopardy. The right of a child to temporarily stay with a parent as part of the parenting plan may also be at risk.

There are some additional considerations, of course. For example, if a parent has a disability, the court will seek arrangements so that the child can spend time with a disabled parent provided somewhere can help watch the child. There’s a difference between fitness issues that can be controlled by the parent and those that can’t.

In termination of parental rights cases, there may be other options. For example, a parent may agree that a step-parent can adopt a child. A state agency may seek to temporarily suspend parental rights until a parent can put his/her life in order.

At the Law Offices of Adrian H. Altshuler & Associates, we represent parents who claim that the other parent is unfit. We also defend charges of unfitness. If the security and health of your child is an issue or is being contested, call us at 615-977-9370 or use our contact form to schedule an appointment. We have offices in Franklin, Columbia and Brentwood.