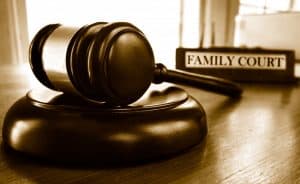 State representatives in Tennessee have introduced a bipartisan bill that make joint custody, or shared parenting, the presumption in custody disputes. In Tennessee, when spouses divorce, decisions need to be made about which parents will have legal and physical custody of the children.

Legal custody decides who will make decisions about the child’s health, education, religious upbringing, and other long-term issues. Physical custody concerns where the child/children will live on a daily basis and which parent will take care of their daily needs such as food, shelter, clothing, and social activities. With joint legal custody, both parents decide together what doctors the child will see, where the child will go to school, and what religion the child will learn. In joint physical custody arrangements, children spend time with each parent according to a parenting plan which both parents negotiate.

Judges normally review many factors when making custody decisions. The key factor is – what is in the best interests of the child? In many cases, just one parent is awarded legal custody and/or physical custody. Parents who have full decision-making power (legal or physical) have “sole” custody.

Why a new custody bill is being proposed

The bill states that that judges should begin all custody disputes by favoring joint custody. This places the burden on a parent who wants sole custody to show cause why the order should be switched from joint custody to sole custody. The intent of the bill is to reverse what many believe is a presumption that mothers are favored for custody over fathers.

Walter Richardson of The Tennessee Fathers’ Rights Movement said, in a News Channel 5 story, “The purpose of it [the new bill] is to level the playing field for fathers seeking to spend more time with their children.”  Mr. Richardson’s organization has about a half-million followers.

Opponents to the bill, such as the Tennessee Voices for Victims are concerned that the bill would make it easier for parents who commit domestic abuse to gain custody. They argue that the signs of abuse aren’t always readily apparent: physical bruises can fade, and emotional trauma may not manifest right away. By giving both parents a presumption they are fit parents, children may be more likely to be ordered to spend time and be under the control of an abusive father or mother.

Decisions about custody usually stand until the child reaches adulthood. It can be hard to modify a custody decision once an order is made, though not impossible. The new joint custody presumption, if enacted, will affect many children in Tennessee.

Divorce and separation are always hard on children. Courts make their physical, emotional, financial, and educational needs a priority. At the Law Offices of Adrian H. Altshuler, our family lawyers guide parents through this difficult time. We sometimes work with counselors who can help you and your children make the adjustment to life after divorce. For help with all your family law matters, please call 615-977-9370 or use the contact form to make a free appointment. We represent parents in Franklin, Columbia and Brentwood Tennessee.