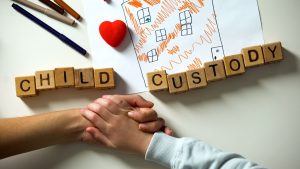 Ideally, parents can agree about which parent(s) will have legal and physical custody of their children and what the visitation schedules will be. Agreements are always preferable to having a family law judge who doesn’t really know your kids make the custody decisions for you. If the agreement is worded improperly, though, and doesn’t include the correct understandings of the parents, then the parents may need to go back to court to seek a resolution.

Generally, the custody and visitation arrangements are set forth in a parenting plan or agreement. Some of the mistakes in these agreements are because the terms are too vague. Other mistakes are because the terms are too specific. The key is to strike the correct balance. The agreement may need to be adjusted, with time, as the children become older – especially if they develop any special needs.

Child custody and visitation agreements should cover the following issues in addition to the standard issues:

The amount of child support a parent pays is separate from the terms of the custody and visitation agreement. Child support cannot be tied into whether the parenting agreement is being respected. Attempting to do so – if you are the “wronged” party – can lead to serious consequences, including being held in contempt.

At the Law Offices of Adrian H. Altshuler & Associates, our family lawyers have been advising spouses and parents since 1991. We’ve helped reach family law settlements that last, that stick, for numerous clients throughout Tennessee including Franklin, Columbia, and Brentwood. We are able to draft strong settlements because we’ve seen many of the conflicts that arise as children grow to adulthood.  Please call our office at 615-977-9370 or complete our contact form to schedule a consultation.