People Love Superheroes in the Movies, Not in Real Life

People Love Superheroes in the Movies, Not in Real Life 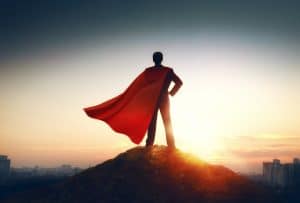 It sounds like something out of a movie; a self-proclaimed “superhero” is patrolling the streets of Capital City with an affinity for hunting down high-ranking gang members and vowing to take on a serial-stabbing nemesis. Rather, it would– if the capital city in question weren’t Little Rock and the “superhero” didn’t post on Facebook asking for donations to afford a vehicle to increase his patrol area.

Yes, this is real. And apparently, not unique. ShadowVision patrols the streets of his capital city (on foot, of course) some sixty hours a week. Little is known of his secret identity other than that the Scotland native prefers to work alone. However, on occasion, ShadowVision teams up with other Real-Life Superheroes (RLSH) like Master Legend, Antihero, Rupture and Tothian to keep hope alive for those in despair. This hotbed of budding superheroes, not all of whom wear capes, isn’t unique; the RLSH Community is thriving in these uncertain times.

Again, this is a true story that’s really happening, and we can’t emphasize that enough. While it might seem like harmless cosplay or just a way to spread community awareness, what ShadowVision and his ilk are actually doing is the very definition of vigilantism, and while the general public may love a vigilante superhero on the big screen, they’re far less helpful on the streets. These RLSHs are operating without any legal authority to enforce the rule of law.

What happens when someone gets hurt?

This question forms the premise of Pixar’s The Incredibles and the long-awaited sequel, The Incredibles 2. For those of you without children, these movies describe a universe in which superheroes are all too common and become unfortunate pariahs for the significant costs of damages accrued during their acts of derring-do. As such, the “Supers” are forced into hiding courtesy of a government program (not unlike the witness relocation program) to prevent their being sued into oblivion.

This scenario has been thoroughly explored vis a vis the Marvel Cinematic Universe in the Washington University of St. Louis’ Fictionomics blog. Authored by Assistant Professor Zachary Feinstein of the Electrical and Systems Engineering Department, this fascinating series explores the real-world financial ramifications of superheroes and the havoc they wreak. In one piece, Feinstein speculates that Bruce Banner, the alter ego of the Hulk, could potentially claim insanity as a defense and that Iron Man could be held personally liable for a tremendous amount of destruction.

Can you be charged with a crime for acts of vigilantism?

Yes, you could. Based on every superhero movie we’ve ever seen, you’d likely face one or more charges of Class A misdemeanors like: