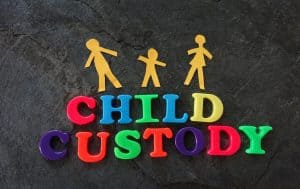 In deciding how to assign legal and physical custody, judges always focus on what is in the best interests of the child. Generally, courts like to have parents share legal custody unless there are strong reasons why only parent shouldn’t have any legal custody. One parent is usually granted (primary) residential custody, and the other parent is granted visitation. Legal and physical custody rights and terms are set forth in a permanent parenting plan.

The courts review 15 factors in deciding how to assign and proportion these rights. In extreme cases, a parent may be denied legal custody and visitation rights. Tennessee doesn’t specifically decide that a parent is “unfit,” per se, unless there is a discussion of terminating someone’s parental rights altogether. The court can decide, based on reviewing all the positive and negative factors, that a parent should be denied either type of custody.

Many of the 15 factors are balancing decisions such as the stability of the parent-child relationship; the ability to work with the other parent; the ability to feed, clothe, and educate the child, the emotional needs of the child, and other factors.

Some of the factors do raise a red flag that a parent should be given limited custody or even denied either type of custody. These red flag factors are:

Examples of misconduct or misbehavior that will likely impact a court’s decision to limit or deny custody include:

Failure to pay child support is normally handled separately from the custody decision. A parent can be sentenced to jail for not paying support but will normally not lose the right to see the child if there are no other issues.

It’s rare that a parent will be denied any contact with a child. Even in cases where a parent seems unfit the court is likely to order supervised visitation. At the Law Offices of Adrian H. Altshuler, our family lawyers represent parents who are trying to limit or end the right of a parent to have custody of their child. We also represent parents who are seeking to assert their rights to custody despite having negative custody factors. For help with your custody case and to speak with a custody  lawyer in Franklin, Columbia or Brentwood, please call 615-977-9370 or complete the contact form