DUI Checkpoints: What You Should Know

DUI Checkpoints: What You Should Know 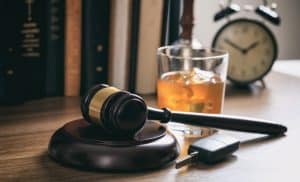 Police need a reasonable suspicion that someone is driving while intoxicated before they can stop and question them. Examples of reasonable suspicion include a driver who isn’t following traffic laws, is weaving in and out of traffic, or who has an open bottle of beer in their car.

Tennessee, like most states, allows for an exception to the reasonable suspicion requirement. Police, if they follow the rules, can set up sobriety checkpoints anywhere in the state. These checkpoints allow the police to randomly test anyone who passes through the checkpoint. The police must announce when and where the checkpoint will be in advance of any stops, by law.

DUI checkpoints are often set up at times when they think drivers may be more inclined to drink than other times. This includes weekends, evening hours, and holidays. New Year’s Eve checkpoints are very common. Drivers getting ready to party this New Year’s should be wary that checkpoints will be in place.

The police don’t have complete freedom though. Stops are supposed to be brief unless the police do observe a reasonable suspicion a driver was driving while intoxicated. The police may have the right to search your vehicle without a warrant (at a checkpoint stop) if they have probable cause to believe you were driving while under the influence of alcohol.

If the police suspect a driver of operating a vehicle while intoxicated, the police will ask that the driver submit to field sobriety tests. If the police have probable cause to believe you were driving while under the influence, they will ask you to take a breathalyzer test.

You do have the right to refuse these tests. However, the refusal can create additional problems. Tennessee can seek to suspend your driver’s license based on the refusal even if you defeat any drunk driving charges. Drivers in Tennessee give their implied consent to field sobriety and breathalyzer tests.

If you are arrested at a DUI checkpoint for a DUI offense, defenses can still be raised. You do have rights. Defenses include:

If you are stopped at a DUI checkpoint, it does help if your registration and insurance is within easy reach. You shouldn’t take any actions that might alarm the police. It does help to be courteous to the officer.

There are limits to what the police can do at a sobriety checkpoint. Defenses may be available. At the Law Offices of Adrian H. Altshuler & Associates, we have been fighting for the accused since 1991. Call us at 615-977-9370, or fill out our contact form to make an appointment if you were charged with a DUI or any criminal offense. Our DUI defense attorneys have the experience to help you get justice. We represent defendants in Franklin, Columbia, Brentwood, and nearby Tennessee locations.