What are the Consequences of a Domestic Violence Conviction in Tennessee?

What are the Consequences of a Domestic Violence Conviction in Tennessee? 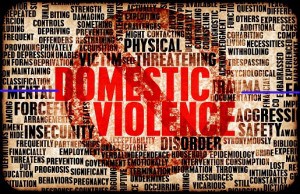 The NCADV defines domestic violence as, “the willful intimidation, physical assault, battery, sexual assault, and/or other abusive behavior as part of a systematic pattern of power and control perpetrated by one intimate partner against another. It includes physical violence, sexual violence, threats, and emotional abuse.”

Domestic assault includes assault against a victim who is a member of the aggressor’s family or household including:

Penalties for a domestic violence conviction

The defendant may also be required to complete a drug or alcohol treatment program, or a counseling program that addresses violence and control issues and a batterer’s intervention program. A domestic assault conviction cannot be expunged from the defendant’s criminal record.

In addition to the criminal penalties for a domestic violence conviction, there are other consequences that will have a negative impact in the defendant’s life, including the inability to own any kind of firearm. A domestic violence conviction can cause the defendant to lose their employment, and have great difficulty finding a new job if it requires a criminal background check. A person with a DV conviction cannot run for public office, and they will have trouble renting an apartment. If you have any questions about the consequences of domestic violence or assault, you are welcome to speak to a criminal defense attorney at the Law Offices of Adrian H. Altshuler & Associates.

Domestic abuse is a serious charge with far-reaching consequences if you should get convicted. You will need an aggressive Franklin criminal defense attorney to protect your rights if you are accused of domestic violence. You may contact the Law Offices of Adrian H. Altshuler & Associates today at 615-977-9370. We also have offices in Brentwood and Columbia to serve you.