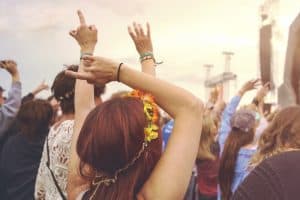 The Bonnaroo Music and Arts Festival will take place June 7-10 in Manchester, Tennessee. The four-day musical festival attracts local residents and visitors from across the country. The music normally starts around noon and can last until the early morning hours. A broad variety of music styles can be heard including bluegrass, rock, jazz, gospel, and many other types.

While the festival should be a lot of fun, for many people their stay leads to arrest and criminal charges. While we hope visitors will read our suggestions on minimizing the chances of arrest, we are ready to represent locals and out-of-towners who are charged with any type of crime.

Both misdemeanors and felonies can result in forfeiture of your possessions such as your car or drug paraphernalia. Both types of offenses require the strong advocacy of criminal defense lawyers. Both types of offenses will result in a criminal record. Whether you are charged with a misdemeanor of a felony, you need to speak with a respected criminal trial attorney as soon as possible.

Generally, the common charges that are brought at or near the Bonnaroo Music Festival are:

At the Law Offices of Adrian H. Altshuler & Associates, our lawyers hope you enjoy the Bonnaroo festival without incident. If you, a child, or a friend are charged with a crime, you need a strong advocate on your side. Often, there are defenses. Many times, the charges can be reduced or dismissed. To review your case now, please call us at 615-977-9370 or complete our convenient contact form to schedule an appointment. We represent defendants charged with traffic offenses, misdemeanors, and felonies – in Franklin, Columbia, Brentwood, and across Tennessee.