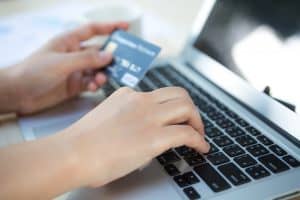 Many couples have joint bank accounts during their marriage. Each spouse has the right to make deposits into the account. Generally, each spouse has the right to withdraw from the account any amount that is in the account. Spouses often create joint accounts for practical and romantic reasons. Practically, the couple is pooling their resources to pay all their bill such as mortgage, car payments, living expenses, and childcare expenses. Romantically, joint accounts say both spouses are in the marriage together – even if one earns more than the other.

Joint accounts usually work well while the marriage is strong. Often, though, when a marriage is falling apart, one spouse may try to act fast and withdraw part or all the funds in the account. Withdraws during a separation or a divorce are usually aimed at helping one spouse move while forcing the other spouse to suffer economically. In most cases, aggressively withdrawing from a joint bank account won’t give a spouse a long-term advantage. The withdrawal may even be used against the spouse making the withdrawal.

In Tennessee, joint bank accounts are considered marital property. This means that for purposes of how the assets are divided, both spouses have a claim to the joint assets. Property may be considered separate property if the funds came through an inheritance or belonged to one spouse before the marriage. Generally, family court judges will consider any deposits in a joint bank account as proof that that the funds were marital property and not separate property.

The court will have the authority to review the value of all marital property prior to the divorce including the value of the joint bank accounts. The family court judge will also have the authority to divide the funds equitably. Equitably does not mean equally. For example, a court could decide one spouse should be awarded 60% of the marital property, including joint bank accounts, and not 50%.

How the family court handles the funds that were withdrawn

The spouse who removed the funds could:

Some judges, at the request of experienced family lawyers or on their own order, may issue mutual restraining orders against the removal of any joint funds. There may be approved exceptions such as paying a mortgage or other joint debts.

If one spouse does take all the funds from a joint bank account or more than they would likely be awarded for equitable distribution, the other spouse should seek immediate legal protection. If there are no other significant assets, the spouse who took the money may spend it – making it hard to recoup what they took.

Spouses who do withdrawn funds so they can move to an apartment because the marriage just isn’t working should keep records of everything they took and how they are spending the money. Generally, any withdrawals over half the amount in the joint bank account will raise serious questions.

In addition to equitable distribution, there may be other financial matters that the court will address when one spouse empties a joint bank account. A key matter will be the issue of who pays child support and how much. The funds may also be a factor in any alimony awards and alimony during litigation awards.

Don’t delay. If you learn that a spouse has withdrawn an unusual amount for your joint bank account, arrange to speak with an experienced family lawyer as soon as possible. If you need funds, but don’t know where to turn, speak with skilled domestic attorney before taking money from a joint bank account. At the Law Offices of Adrian H. Altshuler & Associates, we’ve been helping spouses navigate the difficulties of divorce since 1991. We fight for spouses in Franklin, Columbia and Brentwood. Call  615-977-9370 or complete the contact form today to arrange a free consultation.