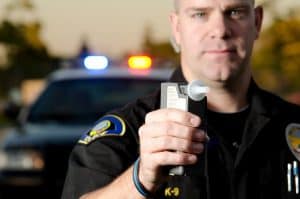 The implied consent law for Tennessee was amended in 2017 in response to a U.S. Supreme Court decision, Birchfield v. North Dakota. That case found that breathalyzer tests could be given incident to an arrest – without a warrant. The Supreme Court also agreed that the refusal to take a breath test could result in a criminal violation. The Supreme Court found, though, that blood tests did require a warrant. They decided that blood tests were much more intrusive and that drivers could not be subject to a criminal violation if they refused the test.

The new Tennessee implied consent law is designed to separate breath test refusals and blood test refusals and to comply with the Supreme Court. Experienced counsel understands which laws apply to your DUI charges.

The new Tennessee chemical tests laws authorize police to administer a breath test if one of the following conditions applies:

The new 2017 chemical test law for DUIs now requires that, before police can administer a blood test, the police must have probable cause to believe a DUI (or related crime) has occurred and that one of the following applies:

Implied consent is no longer a ground for giving a blood test to a suspected drunk driver. Search warrants are a must if the driver is incapacitated or unconscious

The tests still must be properly administered. The current law is unclear on what special/exigent circumstances will be acceptable for warrantless blood tests.

At the Law Offices of Adrian H. Altshuler & Associates, our Franklin DUI defense lawyers fight to get criminal charges dismissed. Common arguments include the failure to obtain a necessary warrant, the lack of probable cause to stop you, and the lack of certification for the tests. Don’t delay. The sooner we review your case, the better we can defend you. For experienced criminal defense help, please call us at 615-977-9370 or use our contact form to make an appointment. We fight for defendants in Franklin, Columbia, Brentwood, and throughout Tennessee.