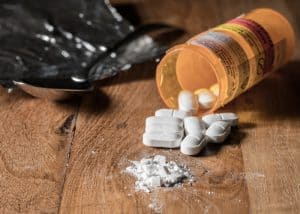 As reported by USA Today, three Tennessee prosecutors filed a suit this week against drug makers in an attempt to highlight the opioid epidemic that is ravaging the state. The district attorney generals for three east Tennessee judicial districts, that together represent nine counties in our great state, filed their lawsuit in the Sullivan County Circuit Court. They are suing three prominent pharmaceutical companies that produce opioids: Purdue Pharma, Mallinckrodt, and Endo Pharmaceuticals.

The lawsuit claims that these companies are most culpable for the epidemic of prescription opioid pain pill use and abuse that is leading to a rash of overdoses in Tennessee. Under the badly-named (but easily remembered) “crack tax” law, the district attorney generals are labeling these companies as functional drug dealers and alleging that they have been dishonest with the public about the addictive properties of the opiates they manufacture. The suit also claims that these companies have aggressively marketed and recommended their drugs as catchall cures for pain.

The plaintiffs named in the lawsuit are “Baby” and “Mary Doe.” Baby is a two-year-old child born in 2015. He is already addicted to opiates because his mother, identified in the case as “Mary Doe,” was addicted to opiate pain pills as well. Mary Doe bought her drugs in Sullivan County, which is one of the three judicial districts represented in the suit.

Tennessee doles out more opioid prescriptions per capita than any state in the country, with the exception of West Virginia. Lawsuit alleges fraud in the drug companies’ marketing of their medications. The text of the suit states, “It is now beyond reasonable question that the manufacturer defendants’ fraud caused Mary Doe and thousands of others in Tennessee to become addicted to opioids — an addiction that, thanks to their fraudulent conduct, was all but certain to occur.”

The lawsuit cites the Tennessee Drug Dealer Liability Act, hoping to label the pharmaceutical companies as drug dealers. This law would allow for them to be financially responsible for compensating plaintiffs for damages should these companies be found guilty. The law was wildly unpopular, and has been nicknamed the “crack tax.” It allows for civil action against drug dealers, many of whom operate on the streets. At the time, most were peddling crack. When the bill became law, law enforcement officials already had the right to seize profits from drug dealers once convicted through criminal and civil forfeiture laws.

Will these companies have to pay?

Will these big pharmaceutical companies, who often report profits in the billions, have to pay up? Only time will tell, but other states are also filing similar suits. With the opioid epidemic causing too many deaths each year, it’s clear that something has to be done. Whether this is the right avenue for legal recourse remains to be seen.

There is another company, a medical healthcare provider, named in the case as well. The lawsuit filed in Sullivan County also names Center Pointe Medical Clinic in Kingsport. The suit calls it a pill mill, which is a place where opioids or other dangerous drugs are freely prescribed and issued.  Additionally, the suit names two convicted opiate dealers from upper East Tennessee, Elizabeth Ann Bowers Campbell of Johnson City, and Pamela Moore of Church Hill. Those two named defendants are accused of supplying addictive and dangerous opiates to Mary Doe.

The Law Offices of Adrian H. Altshuler & Associates are here to serve you for all your legal needs. If you live in the Franklin, Brentwood or Columbia areas and need legal representation from experienced and compassionate Franklin drug crimes lawyers, call us at 615-977-9370 or contact us online.