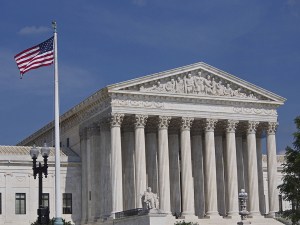 Tennessee has had a ban on same-sex marriage since 1996, and voters approved a constitutional ban in 2006 – but the future of this ban might be in question. On April 28th, the U.S. Supreme Court will hear 2.5 hours of arguments on same-sex marriage in four cases from Ohio, Kentucky, Michigan, and Tennessee. The court will issue a ruling by June 2015. The court will consider whether same-sex couples have the constitutional right to marry nationwide, and whether a state must recognize a valid same-sex marriage that was performed in another state, according to the Wall Street Journal Law Blog.

The Tennessee case that the Court will consider is Tanco Vs. Haslam, which seeks to recognize the same-sex marriages of three couples from Tennessee. The Court will consider whether the Fourteenth Amendment requires the state to approve marriage between people of the same sex, and whether the marriage of a same-sex couple, who were married in another state should be recognized in Tennessee.

In March 2015, dozens of amici briefs (“friend of the court” briefs) were filed with the U.S. Supreme Court encouraging the Court to rule in favor of same-sex marriage throughout the U.S. The purpose of these briefs is to show how denying the freedom to marry hurts same sex couples and their families, and they call for marriage discrimination to be overturned nationwide.

According to Freedom to Marry, the following groups filed amici briefs in support of marriage equality:

In a 2013 Vanderbilt University poll, 49% of Tennesseans support the legal recognition of same-sex couples. 32% of respondents support marriage and 17% support civil unions.

It looks like the U.S. Supreme Court may take this opportunity to rule on whether the bans on same-sex marriage in the remaining 13 states will stand, or whether same sex marriage will be legalized nationwide. By June of this year we will know the answer.

In the interim, there are many same-sex couples who are waiting for this ruling in order to get married in Tennessee. Many others who were married in other states where same-sex marriage is legal, but who now reside in TN would like to get divorced in TN. After the SCOTUS ruling in June it will all become clear.

If you have any questions about divorce or any other family law matter, please contact the Law Offices of Adrian H. Altshuler & Associates to discuss your needs.