Some of the Strangest Marriage Laws

Some of the Strangest Marriage Laws 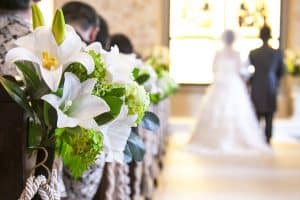 Many states in America have unusual marriage laws that are still on the books. While many of these laws aren’t enforced, there’s always the possibility they could be. As people move in and out of Tennessee, it’s helpful (and OK – it’s fun, too) to know what some of these odd laws are. Some of these make some sense. Others will make you wonder why they were ever enacted.

According to Reader’s Digest, these laws are still on the books:

While not a marriage law, Hartford Connecticut makes it illegal to kiss/smooch in public – but only on Sundays.

If you have questions about marriage, prenuptial agreement, divorce, or any family law matter, the Law Offices of Adrian H. Altshuler & Associates has the experience you need. They’ve built their strong reputation on over decades of advocacy. Please call us at 615-977-9370, or fill out our contact form to make an appointment. We represent families, spouses, parents, and children in Franklin, Columbia, Brentwood, and nearby locations.