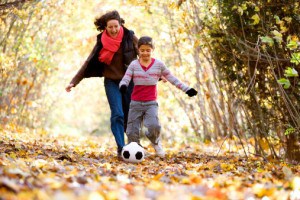 Family law evolves and changes as families in the United States evolve and change – albeit at a much slower pace. In the past, judges leaned more toward granting sole custody of the child to the mother and visitation to the father. As times change and the way families are structured with regard to issues such as marriage equality, which parent is the primary “breadwinner” and which parent is the primary caretaker of the children and household, when these families break up due to separation and divorce, custody arrangements have changed to accommodate the evolution of what can now be considered traditional parenting roles and responsibilities.

Child custody laws in Tennessee have focused on a shared parenting model, given the research that says children benefit most when both parents have equal opportunity to share in decision making and spending time with the child. Even the vocabulary with regard to the law has evolved. The term “custody” is being replaced with parenting decision making, and “visitation” is now referred to as parenting time. Unlike in the past, the court no longer awards sole custody to one parent. With the advent of the Parenting Plan agreement, both parents are afforded the opportunity to share in the decision making process for all aspects of the child’s life. The basic premise of shared parenting is to create greater equality between mothers and fathers and in same-sex unions both partners in custody decisions.

The national trend toward a shared parenting approach to child custody has resulted in new laws in several states. Starting in January of this year, in Illinois the courts are no longer awarding custody or visitation; rather, they are allocating parental responsibility and parenting time. The Illinois courts are also requiring mediation in custody cases before they can be litigated in order to reduce the harms that can come to children and their parents during a court custody battle.

The new Missouri law, which became effective in the last week of August 2016 is adopting the shared parenting model, which means that the court can no longer decide custody using the presumption that a parent based on their gender is more qualified than a parent of another gender to have primary responsibility for that child’s life.

Although shared parenting is the goal in Tennessee divorce, it is not going to appropriate in every situation. The court decides child custody based on many factors with the best interest of the child being the basis of every decision. Shared parenting is not equal parenting, nor is it 50/50 parenting as is the case with joint custody. It is more about both parents sharing in the responsibility and decision making for the child’s upbringing. One vital requirement before shared parenting can even be considered is that both parents must be able to communicate effectively with one another. Both parents must be willing to shoulder their part of the responsibility and both must be willing to collaborate and be able to resolve disagreements in a mature, productive way. This can be a tall order for two people who were unable to make a marriage work. However, it is not impossible. Sometimes a person can be a great parent despite their inability to be a good spouse.

If you are a parent who is considering divorce and you are concerned that you are not going to be able to maintain your close relationship with your child, and continue to play a vital role in making important decisions about their life, then you can discuss your options with an experienced Franklin family law attorney from the law offices Adrian H. Altshuler & Associates today who has had years of experience dealing with these kinds of cases. We always keep the best interest of the child in mind as we work towards the most favorable custody arrangement for all concerned. You may contact us or call 615-977-9370 to schedule a consultation at our Franklin, Columbia or Brentwood office.