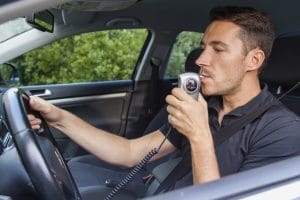 The consequences for a DUI conviction are severe. Even first-time offenders could spend time in jail, pay large fines, and have their licenses suspended. In some cases, offenders may be required to install and use an interlock ignition device (IID) on their vehicle when their driver’s license is restored. The charges for an IID include installing the device, removing it, a monthly leasing fee, an orientation session, and a calibration fee.

In Tennessee, drivers may be ordered to use an IID device for at least six months for a fist-time DUI conviction and longer for subsequent convictions.

A recent New York Times report now reveals that while IID devices seem to result in fewer deaths from drunk-driving accidents, the devices are also causing more crashes. A main problem is that drivers who use these devices need to do more than blow into the device to start their car: they need to blow into the devices continually and randomly. This is distracting enough, but it’s not the only reason IIDs are dangerous.

If the driver doesn’t pass the test, which measures the operator’s blood alcohol content, the car “goes into panic mode: Its headlights flash and its horn honks until the driver turns off the engine.” If a driver is on a road where there isn’t a shoulder or a parking lot nearby, the driver can easily get into an accident as he/she tries to find some place where the engine can be turned off. Ignition interlock devices in Tennessee also take a picture of the driver, while the car is in motion, to make sure the driver is the person blowing into the device.

The National Traffic Safety Highway Administration (NHTSA) initially sought, according to the NY Times story, to regulate the IID devices because of the concerns about the dangers of rolling tests – but it backed down under pressure from IID manufacturers and drunk driving organizations.

IIDs may also be defective in other ways. There may be calibration or battery problems. The instruments may not be installed correctly.

Experienced DUI defense lawyers understand that the best way to prevent IID accidents from happening is to help the DUI defendant obtain an acquittal or a dismissal of the charges. Skilled drunk-driving lawyers challenge the prosecution’s case by:

Defense lawyers assert other defenses depending on the facts of the arrest.

At the Law Offices of Adrian H. Altshuler & Associates, we fight for the rights of the accused. We have been fighting for criminal defendants including DUI defendants throughout Franklin, Columbia, and Brentwood for nearly 30 years. We seek to suppress evidence, obtain acquittals, and to negotiate fair plea settlements. To help contest the need to use and IID device, call our office at 615-977-9370 or fill out our contact form schedule a consultation.