Reasons DUI Criminal Charges May Be Dismissed Before Trial

Reasons DUI Criminal Charges May Be Dismissed Before Trial 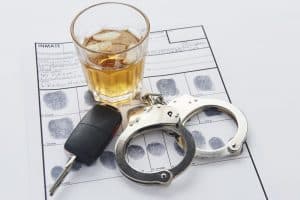 Driving under the influence (DUI) charges can be dismissed before the actual trial begins. Sometimes, the prosecution may dismiss the case on their own because of known defects in their case. Usually, DUI cases are dismissed because of persuasive criminal defense lawyer arguments and motions.

Defendants should regularly plead not guilty to DUI charges because often the police failed to follow proper procedure, the district attorney doesn’t have the evidence needed to prove a conviction, or the prosecution knows there’s a reasonable likelihood of acquittal if the case does go to trial.

The prosecutor is the main person who drops or dismisses the charge. Judges can authorize dismissals too. The end result for the client is that he/she is free to continue their life without worrying about a criminal record or a court case.

Each criminal case is different. DUI cases generally depend on the police following proper procedures and on the results of any chemical tests.

DUI charges should be dropped:

The prosecution may be willing to consider negotiating a plea bargain if they know their case is weak such as negotiating with the defense attorney to plead to a traffic violation which isn’t as severe as a DUI.

DUI convictions can result in jail time, finesse and penalties, increased insurance premiums, possible license suspension, and other consequences. There are often defenses that can help convince the prosecution to dismiss the case or the judge or jury to find you not guilty. We work aggressively to exclude chemical tests that show your blood alcohol level. If you were charged with a DUI while driving in Franklin, Columbia, Brentwood or nearby locations – please phone us at 615-977-9370, or fill out our contact form to make an appointment.