Do Personal Breathalyzers Prevent or Promote Drinking and Driving?

Do Personal Breathalyzers Prevent or Promote Drinking and Driving? 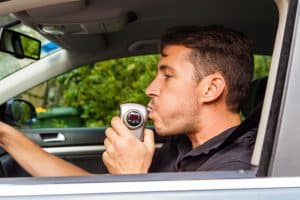 If you get pulled over by law enforcement on suspicion of drunk driving, the law enforcement officer might have you blow into a breathalyzer to see if it detects alcohol in your system. But what if you could know before you start the car, when you are ready to leave the bar or a house party after a night of drinking, what your approximate blood alcohol concentration was? Would that keep you from getting behind the wheel?

As it turns out, a lot of people say “no.” Having a personal breathalyzer would not have kept them off the roads.

What is a personal breathalyzer?

You can purchase a personal breathalyzer on Amazon or at convenience stores. It is a small device that a person can carry in their pocket or purse that either measure or predict blood alcohol content. Some of these devices connect via Bluetooth to an app on a smart phone. The idea is, that after a night of drinking, you can test your blood alcohol concentration to see if you are safe to drive.

Can personal breathalyzers keep drunk drivers off the road?

The Colorado Department of Transportation (CDOT) and a breathalyzer maker wanted to know if drivers could track their own BAC, if it would encourage them not to drive if they found they were above the legal limit. The study, which consisted of about 225 participants from a pool of 1,500 applicants, tracked drivers over one summer. Study participants completed a survey which detailed their current drinking and driving habits and then they monitored their blood alcohol concentration levels with a personal breathalyzer. When the study concluded, the applicants completed a final survey. Study participants recorded a total of 4,823 BAC readings, which is an average of 21 readings per participant. The average BAC reading was 0.087%, which exceeds the 0.08 limit for a DUI. Overall, the study found that using a personal breathalyzer lowered the risk of DUI by 84%. The final participant survey revealed:

The highest BAC averages during the study were recorded from midnight to 6 am at 0.115%, which indicates that early mornings when drinkers are making their way home from bars pose the highest potential threat for alcohol-related crashes.

A study participant shared the following testimonial about their experience in the personal breathalyzer study: “The breathalyzer provides me an extra line of defense in the battle of convincing my friends not to drive after drinking, giving me hard, undeniable evidence of their impairment level.”

If you want to be safe, and keep others safe, arrange for a designated driver, call a cab or an Uber to take you home after you have been drinking.

If you have been charged with DUI, contact a Franklin criminal defense attorney from the Law Offices of Adrian H. Altshuler & Associates at 615-977-9370, or fill out our contact form now. We provide sound legal advice and guide through the complicated judicial system in Tennessee. We also have offices in Brentwood and Columbia to serve your criminal defense needs.