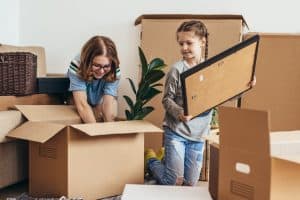 Often, after physical and legal custody rights have been established by a court order or a permanent parenting plan, one parent seeks to move. Sometimes the move is voluntary. Often, the parent moves because of the offer of a new or better job or due to educational opportunities. A parent may want to move if he/she remarries and the new spouse lives in another state or in an a far-away part of Tennessee.

Tennessee statute 36-6-108 sets forth the requirements of the relocating parent and the rights of the parent who is not moving. These duties and obligations include the following:

Generally, the relocation will be approved by the court. However, there are some exceptions to this “rule.” A modification from relocation may be denied if:

According to the statue, the gender of the parent wishing to move is not a factor the court considers.

Sometimes, a parent who is relocating does not wish to take the child with him or her permanently. In this situation, visitation rights are sometimes changed; perhaps the child spends part of the summer and longer vacations with the parent who is moving away, for example.

Life happens. Parents often have valid reasons for moving. Alternatively, some parents try to manipulate family law orders and plans by creating a false issue. The Franklin family law attorneys at the Law Offices of Adrian H. Altshuler & Associates, fight for the rights of parents who need to relocate and for parents who worry a move will affect their loving relationship with their children. To learn what your rights and duties are In relocation cases, please phone us at 615-977-9370 or schedule an appointment by filling out our contact form. We represent parents going through divorce in Franklin, Columbia, Brentwood, and other parts of Tennessee.