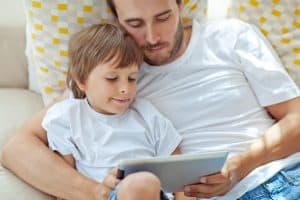 There are times, though, when the competition moves from being a misguided attempt to help your kids, and becomes a terrible attempt to ruin their relationships with the other parent. In short, the parent tries to alienate their children against the other parent.

Parental alienation may also be a factor in modifying a custody dispute. Often parents get along once a parenting plan is reached, but, in time, one parent may seek to control the relationship by turning the child against the other parent. The innocent parent has the right to seek a change in the custody order if one parent is alienating their child against the innocent parent.

In Tennessee, the family court always decides custody based on what is in the best interest of the child. Custody includes legal custody and physical custody. A parenting plan is created to detail the custody arrangements and the long-term and daily decision-making processes. The parenting plan covers what is commonly called visitation – by detailing where the child will be on a daily and nightly basis.

In deciding legal and physical custody, courts also examine 15 different factors. A few of the factors that are relevant to the issues of parental alienation are:

The child’s preferences are, with some exceptions, generally considered only if the child is 12 years of age or older.

At the Law Offices of Adrian H. Altshuler & Associates, we understand the stresses and difficulties that divorce places on parents and children. We understand how courts and mediators view disputes. We also work with psychologists and counselors when needed. We’ll fight to do what’s best for you and your family. For help with all phases of a divorce or separation including custody disputes and custody modifications, please call us. We represent parents in Franklin, Columbia, and Brentwood. You can schedule an appointment by phoning 615-977-9370 or completing our contact form.