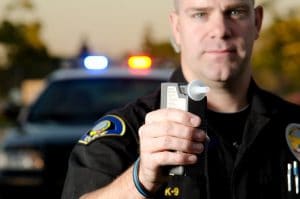 It’s standard procedure for anyone the police suspect are driving their vehicle under the influence of alcohol (DUI) to require the driver take a breath test. Breath test devices aim to measure the blood alcohol content (BAC) at the time the test is given. Breath tests usually follow a failed field sobriety test. Breath test devices are used, even though blood tests are more accurate, because they are less invasive and can be taken on the spot. To take someone’s blood requires a warrant.

In cases where a breath test reading is .08 or more, the Tennessee police will charge the driver with a DUI, and the prosecution will seek to have the results of the test admitted into court.

The conclusion of the newspaper investigation was that the reliability of breath test machines nationwide is in question – even though many manufacturers and police departments claim their machines are accurate “to the third decimal place.”

Some of the critical results of the New York Times study

Already, judges in Massachusetts and New Jersey, in just the last year, have dismissed more than 30,000 breath tests due to human errors and improper governmental oversight of the breath test devices.

Some of the findings showed that:

Breath test machines are expensive, costing as much as $10,000 for each machine.

The NYT article mentioned several examples of breath test errors. A Pennsylvania court disqualified test results where their BAC was more than .15 or less than .05 due to findings that the Intoxilyzer breath device maker had not obtained the proper independent certifications needed to properly calibrate the breath device. A Florida judicial panel found numerous anomalies in breath test machines. Another Florida court found that technicians had made a quick fix to one machine by drilling a hole into a valve without disclosing the underlying reason for having to make a fix. A Washington, DC officer found that his police department’s Intoxilyzers gave tests results that were incorrect by up to 40 percent.

These defenses are in addition to other DUI defenses, such as contesting the basis for stopping the driver in the first place.

At the Law Offices of Adrian H. Altshuler & Associates, we’ve been fighting for DUI defendants since 1991. We work with professionals, when justice demands it, who understand how breath test devices should work. We fight to suppress breath test results based on their unreliability, on the failure of the police to follow proper procedure, and the lack of grounds for conducting the test. For help with any DUI charge, first-time or a repeat offense, call us at 615-977-9370 or use our contact form to schedule an appointment. We represent DUI defendants in and near Franklin, Columbia and Brentwood Tennessee.