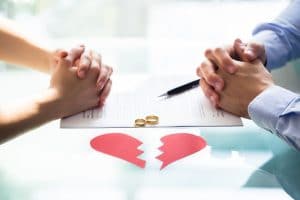 May-December romances always look great in the movies and on TV. In real life, they sometimes do work out for some couples. Sadly, many relationships between an older man and younger woman or vice versa do fail. According to a study done at Emory University of 3,000 married people:

The study was titled  “‘A Diamond is Forever’ and Other Fairy Tales: The Relationship between Wedding Expenses and Marriage Duration.” Age plays a factor in divorces for many reasons, including the following:

When couples who are far apart in age divorce, their age differences are usually relevant in several ways.

At the Law Offices of Adrian H. Altshuler & Associates, we guide spouses and children through the difficulties of a divorce process. We work to settle differences but we’re also skilled at litigating all aspects of a divorce when spouses can’t agree. We represent spouses of all ages and at all financial income levels. For help if your marriage is ending, call our Franklin divorce lawyers at 615-412-1121 or use our contact form to schedule an appointment. We represent parents, spouses, and children in and near Franklin, Columbia and Brentwood Tennessee.