Is It Worth Getting a Lawyer for a First-Time DUI?

Is It Worth Getting a Lawyer for a First-Time DUI? 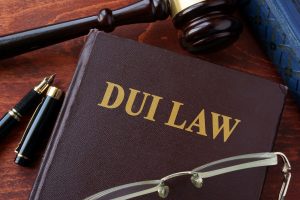 The quick answer to this questions is definitely yes. A first-time DUI conviction has serious criminal and civil consequences. A skilled lawyer works to have the charges dismissed, to have blood tests and other key evidence suppressed, and to obtain acquittals before judges and juries. In some cases, the lawyer may be able to plea bargain the charges down to a less serious crime – one where you can avoid jail time and the harshest financial penalties.

The penalties for a first-time DUI

Tennessee imposes the following sentences, fines, and consequences for just the first driving under the influence offense:

In addition to these statutory penalties:

How an experience DUI lawyer can help

Skilled DUI attorneys will assert every possible criminal defense on your behalf. They will also work to arrange a plea deal –to persuade the prosecutor to drop the DUI charge in return for a speeding charge or some other traffic offense charge. Your attorney may also:

Skilled defense lawyers will also assert all other legal and factual defenses that apply to your case.

At the Law Offices of Adrian H. Altshuler & Associates, our Franklin DUI defense lawyers have been fighting for the accused since 1991. We investigate all the facts behind your arrest, persuasively argue the applicable law, contest unwarranted evidence, and point by point fight for an acquittal. We understand how just one DUI conviction can change your life. For help now, call us at 615-977-9370 or complete our contact form to speak with an experienced DUI defense attorney. We see clients in Franklin, Columbia and Brentwood.