How Do Pardons Work?

How Do Pardons Work? 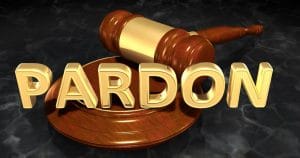 A pardon is a government decision that exempts someone from being punished for a crime. While the President (federal) or governor (state) has the right to pardon someone, the decision to pardon rests solely in the executive’s discretion. Once the decision is made to pardon someone or not, it is final and is not subject to judicial review, though a person can keep requesting one.

What are the different types of pardons?

Different states have different types of pardons and clemency statutes, and people tend to lump them all together. What most people think of as a “pardon” is actually an exoneration here in Tennessee. There are three categories in total:

All three have a different set of standards and rules that govern whether or not an eligible person will obtain a pardon, a commutation, or an exoneration. Governor Lee changed the rules for each type of pardon in 2019. Per The Tennessean:

Commutation applications removed the rigid legal standard that offenders show “clear and convincing evidence” of rehabilitation. It added that rehabilitation should be measured “relative to the nature of the offense(s) committed.”

How does a Gubernatorial pardon work?

The decision to pardon rests in the governor’s absolute discretion. Because of this, the offender seeking a pardon cannot appeal it to any court or have it overturned by another department or agency. The only exception is if the pardon involves illegal conditions. In this case, a court would review the conditions, but not the governor’s decision to grant the pardon.

Although states generally do not possess the ability to grant pardons, several states have created “pardon boards,” which are responsible for making recommendations to the governor or, depending on state law, responsible for making the decision itself. In Tennessee, the Board of Parole’s Executive Clemency Unit handles pardon applications. You must fulfill three criteria in order to be passed along by the Board:

Well, that depends. There’s no list of “good reasons for pardons” at the Governor’s Mansion or in the Oval Office. If you were convicted of a misdemeanor crime and it’s affecting your ability to get work or a school loan, that might be a compelling reason. If you spent 20 years in prison and earned a J.D. while you were there, and started a legal aid clinic to help others, that might be a compelling reason. But it might be something more complicated, too. For example, people who are victims of sex trafficking often end up with criminal records for prostitution or solicitation, even though they were essentially forced into slavery. A person who survives sex trafficking would have a compelling reason to ask for a pardon or exoneration of his or her record.

How does a Presidential pardon work?

The U.S. Constitution grants the President the power to grant pardons for federal crimes. The Department of Justice is responsible for reviewing all applications for a presidential pardon, and all applications for presidential pardons must be submitted to the DOJ. Per the department’s rules for clemency petitions, offenders cannot apply for a pardon until five years after release from prison.

What are some of the benefits of a pardon?

If the conviction revolves around a deportable offense, a pardon can prevent deportation. However, pardons do not exempt offenders from being punished for any civil consequences that might stem from the offense. For example, an offender who receives a pardon can still be subject to a civil lawsuit for wrongful death.

What are some of the limits on pardons?

Another limitation concerns the number of times an offender can be pardoned. The same person cannot be pardoned twice unless it is approved by a majority of the state supreme court. Offenders also cannot be issued until after the person has been convicted. There are also limitations on the types of crimes committed. Some states do not allow pardons for offenders who have committed crimes such as treason or impeachment, or for prisoners on death row.

The Law Offices of Adrian H. Altshuler & Associates will work hard to protect your rights in criminal defense cases. We will do everything possible to aggressively pursue justice on your behalf. Call our office today at 615-977-9370 or complete a contact form to schedule your consultation with an experienced criminal defense lawyer in Franklin, Brentwood, or Columbia.