Heading to Bonnaroo? Understanding Drug Charges and Penalties in Tennessee

Heading to Bonnaroo? Understanding Drug Charges and Penalties in Tennessee 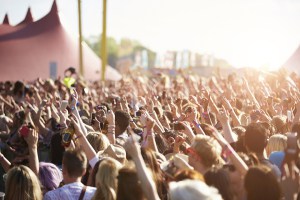 Preparations for Bonnaroo are in full swing. Soon, festival attendees from the local area and from all over the country will soon be descending on tiny Manchester, Tennessee to have four rocking days of fun in the summer sun, enjoying the best musical acts and all that the four-day entertainment extravaganza has to offer. Unfortunately, illegal drug sales and drug use has been rampant at the festival since its beginnings more than a decade ago.

Every year Bonnaroo becomes a bonanza for local law enforcement who patrol the festival grounds in uniform and undercover, and all of the highways in the region that are leading to the popular festival. If you are determined to either bring drugs to Bonnaroo or acquire them once you have arrived, you might want to familiarize yourself with Tennessee’s drug laws, since you might end up running afoul of them should you get arrested.

Penalties for drug crimes in Tennessee

If you get caught with 1/2 oz. or less of illegal drugs, it is your first offense and you are cooperative with the officer, rather than getting arrested you may just receive a citation. The citation includes a summons for you to appear in court in person. There are mandatory fines, and depending on the circumstances you may get probation rather than jail time.

The penalty for second offense for drug possession of 1/2 oz. or less is a misdemeanor charge, up to one year in jail and a $500 fine. For the third offense you will be charged with a felony, fined $1,000 and face between one and six years in jail.

To learn more about Tennessee’s drug laws, or if you are charged with a drug crime during your attendance at Bonnaroo you should contact our firm right away. At the Law Offices of Adrian H. Altshuler & Associates, we answer the phone at any time of day or night, we visit you if you end up in a local jail, and we work with your family back at home if you are only a visitor in Tennessee. We are experienced Bonnaroo drug crimes attorneys, and we know what it takes to help you at the time you need it most.