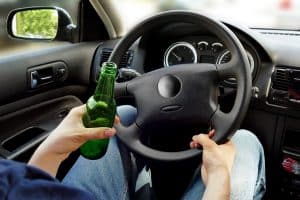 Drinking and driving is dangerous at any age. For teenagers, it is especially dangerous. This is in part because teenagers think they can handle anything. Teens often don’t think through that just one drink can impair their ability to control their cars. Having a BAC of .08 is equivalent to driving after being awake for 18 hours. A higher BAC is even more dangerous. Teens often don’t appreciate the dangers of drinking and driving until they are arrested or until an accident happens.

According to Teen Driver Source, one in four fatal crashes involving a teenager involved alcohol. One in five teenagers admits to being in a car, in the past month, with a driver who had consumed alcohol.

In Tennessee, there is a graduated license program, designed to help younger people learn to drive at a ore reasonable pace.

Cell phone use is prohibited for any driver without a full driver’s license.

Every state makes it illegal for any driver under 21 to drive after drinking any alcohol. This means that in Tennessee, the test is not whether the teenager or 20-year-old had a blood alcohol content level of .08 – ANY alcohol on a teenager’s breath can result in a DWI charge.

Teenagers under 18 will be tried through the juvenile court system. Drivers between 18 and 21 will be tried as adults. A first-time offense will mean spending at least 48 hours in jail.

If a teenager or 20-year-old is found guilty of a DWI, they will also lose their driving privileges for a year, will have to pay a fine, and may be required complete a court-ordered community service program.

Even though even a trace of alcohol on a teenager’s breath can result in a DWI conviction, the police can’t stop every young driver they see. The police do need grounds to suspect a teenager might have been drinking – such as by seeing the driver speed, swerve into other lines, or run through a red light. The field sobriety and breath tests must be conducted properly otherwise the results of the test can be excluded.

At the Law Offices of Adrian H. Altshuler, our DUI defense lawyers fight for teenagers as well as adults who have been charged with underage drinking, and underage drinking and driving. We have the experience needed to help clients get justice. For help now, call 615-977-9370 or fill out the contact form to arrange to speak with a lawyer at our Franklin, Columbia, or Brentwood office.