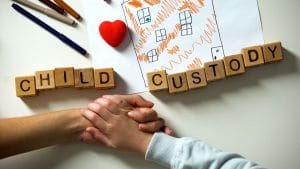 In Tennessee, every divorce decree must include a parenting plan if there are minor children. Parenting plans need to address many issues, including decisions about physical and legal custody. The plans should:

The parenting plan should address other parenting issues in according with the Tennessee Code.

In many parenting plans, the child stays with one parent during most of the year and with the other parent on alternating weekends and holidays, or during the summer vacation. But just because most parenting plans have this kind of set-up, doesn’t mean your needs to be the same.

Parents are not bound by any set formula, so long as they both agree – and the plan allows for both parents to spend time with their children. They can craft their own parenting plan depending on their work schedules, the child’s schooling and social needs, the proximity (or lack of proximity) of the parents to each other, and other factors. Sometimes, a creative parenting plan is best for both the child and the parents.

If parents live far away or in different states, then the “standard” parenting plan may not work for the practical reason that it costs too much money and time to pick up and transport the child. Instead, when parents live far apart, one parent may have custody of the child for the school term while the other parent may have custody during summer vacation.

At the Law Offices of Adrian H. Altshuler & Associates, we’ve grown with our family law clients. We understand that standard custody plans may not be what’s best for your children. Children should be able to spend time with both their parents as much as possible – with as little interruption to their daily routines as possible. To review your custody rights including creative parenting planes, call our family lawyers at 615-977-9370 or use our contact form to schedule an appointment. We represent spouses and parents in and near Franklin, Columbia and Brentwood Tennessee.