Can I Go to Jail for Not Doing Community Service in Tennessee? 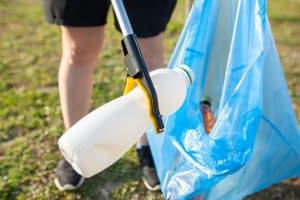 Court-ordered community service is becoming an increasingly more popular form of alternative sentencing for judges, and it is no exception for courts in the Franklin area, either. Sometimes jail time is not in the best interest of the offender, especially if they are younger, the charge was a misdemeanor, and they have little or no criminal history.

With offenders completing community service about 80% of the time, it proves to be an effective way to prevent jails from being overcrowded while helping both the community and those who break the law. It is usually given to those with non-violent crimes and with little-to-no criminal record.

A judge will typically give community service rather than jail time if the service the offender will be providing will benefit society more so than if that person were to be incarcerated. Plus, those who broke the law will rarely turn it down if given the option because it often means a lesser sentence on their end. In turn, the sentence should help rehabilitate the offender.

Not completing court-ordered community service is a crime

However, since the completion rate is around 80% rather than 100%, there are instances where offenders do not finish their hours. Extra time can be granted if there is a valid reason, like an injury or sickness. The most current logged hours must be handed over to the judge for review before extra time is given, though. If it shows proof that the person was regularly completing their hours up until the injury or sickness, extra time will likely be given. It may come along with additional fees, but it is not impossible to get an extension within reason. But if the hours are minimal as the deadline is approaching and they asked for extra time, it will probably not be granted as that person did not truly attempt to complete their punishment.

If the offender has not asked for an extension and did not complete their community service hours by the court’s deadline, the consequences will be far worse than the ordered work. A warrant for their arrest can be issued and jail time could occur. On the same page, if an offender falsifies their documents by forging a supervisor’s signature or saying that they completed their hours when it is not actually true, they can be charged with a felony. The courts will follow up to confirm completion, so it is never worth lying and hoping for the best on these documents.

In addition, the court sometimes orders community service in lieu of paying a fine or fee. If the offender does not finish their court-ordered service, then the judge may actually bring back those original charges and enforce payment after all.

Types of community service given

Because judges sometimes provide a list of organizations to choose from as to where and how offenders do their community service, there are so many options available. However, there does need to be a direct connection between the offender or crime and the punishment. When community service is given instead of jail time, it is important that it still feels like a punishment while also helping rehabilitate the offender at the same time. When the type of community service given is directly related, it really helps these people understand why what they did was wrong and deter them from doing it again in the future. Some examples are as follows:

As a judge is sentencing an offender to community service, they take a few things into consideration. They will take into account the amount of hours a person works, if they are responsible for taking care of their children, and if they are physically capable of doing manual labor. Community service is meant to be a punishment, but it is not meant to be torturous.

The amount of service hours ordered will always be reasonable for the amount of time given to complete them. So a person who works full time may not be ordered to as many hours of community service as someone who only works a few hours a week. This type of punishment will always be manageable without completely disrupting the offender’s daily life.

It is always in your best interest to fully complete any community service that you were sentenced to in Franklin. It is a relatively light punishment and helps your community at the same time. However, if you were sentenced to court-ordered community service and did not follow through, the Franklin attorneys at the Law Offices of Adrian H. Altshuler & Associates can help. Call our office at 615-977-9370, or submit our contact form to schedule an appointment in Franklin, Columbia, or Brentwood today.