Are You Certain That You Want Sole Custody?

Are You Certain That You Want Sole Custody? 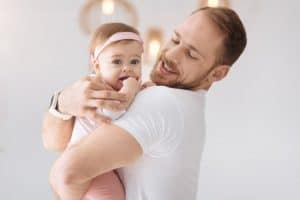 Custody battles can bring out the worst character traits in people who are supposed to be fighting for the best interests of the child. Sometimes, parents get so caught up in their desire to win that they lose sight of the facts of what “winning” a custody battle really means. Are you sure that you are ready to have sole custody of your child? It is vital that you understand the ramifications of what sole custody entails before you are surprised and overwhelmed at how your life will change.

The best interests of the child

When deciding about child custody, Tennessee courts consider the best interest of the child above everything else. It is not a contest to see who the best parent is, it is not about finding out which parent the child likes better. Deciding about whether the parents will share joint custody, which is preferred, or if one parent will get sole custody is not a decision that will be made lightly. Let’s take a close look at what sole custody would look like to help you make sure that is the road you want to travel down.

The courts prefer joint or shared custody arrangements because it allows both parents to have as close to equal time with the child as possible, and it allows the child to have the opportunity to develop a close, bonded relationship with both parents. By design children were meant to have two parents and be raised under the guidance and nurturing of two parents. But sometimes it is blatantly obvious that one parent is not equipped to take on even a shared parenting relationship. Whether because of drug or alcohol abuse, or physical or mental health concerns, or domestic violence issues the child might be safer and more secure with one of their two parents. If you want to pursue sole custody, you do not have to simply show that you are the better parent and that it would be in the child’s best interests for you to have sole custody, you also must show that it would be detrimental for the child to live with their other parent.

In Tennessee, there is legal and physical child custody, which both parents typically share in a joint custody arrangement. Sole custody means that the court has assigned both physical and legal custody of the child to one of the parents. With sole custody, one parent is responsible for making legal, health, and educational decisions for the child. The child lives in the home of the parent with sole custody and the other parent has visitation rights, unless they have decided to relinquish parental rights.

Sole custody is a huge responsibility. When there are two parents, you can work as a team. When you need a break, or to get another perspective on an issue related to the child, the other parent can be the ideal sounding board. If you are going to fight for sole custody, you must be sure that you are up to the task, and that you have a strong, dependable support system to help you.

Finally, you should never pursue sole custody simply because you want your former spouse to be out of your life. Just because your relationship with them ended badly, does not mean that your child should be deprived of a relationship with their other parent. Also, be mindful that the judge is keenly aware of everything you are doing to try to get sole custody. As you gather evidence and try to present a compelling case for yourself, remember that the judge is considering all angles as they endeavor to make a life-altering decision on behalf of the child.

If you are prepared to focus your energy and attention on creating a happy, healthy home environment for your child and making career decisions that would be more favorable in support of your role as a single parent. Pursuing child custody is a big step. An experienced Franklin child custody lawyer from Law Offices of Adrian H. Altshuler & Associates is prepared to guide you through the process in a way that respects the best interests of the child and the rest of the family.

If you have questions about child custody, you are welcome to schedule a consultation with a Franklin family law attorney from the Law Offices of Adrian H. Altshuler & Associates. We focus on the best interest of the child as we work towards the most favorable custody arrangement. You are welcome to call 615-977-9370 or contact us to schedule a consultation at our Franklin, Columbia or Brentwood office today.