What Is a Felony DUI?

What Is a Felony DUI? 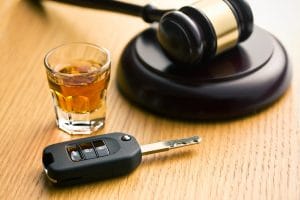 Drunk driving is a very serious offense in Tennessee. Even first-time offenders face time in jail, license revocation for up to one year, and substantial fines. Anyone who pleads or is found guilty of a DUI will be required to attend a mandatory alcohol counseling program. A conviction also means having to install an interlock ignition device (IID) on your car when you are permitted to drive.

Generally, first, second, and third DUI offenses are considered misdemeanors. Misdemeanors mean less prison time. A misdemeanor generally has less or no effect on your voting rights, your right to carry a firearm, and other rights.

The following charges are considered felonies in Tennessee:

There are considered Class E felonies which are the least serious type of felony. The penalties for a Class E felony DUI are:

According to Tennessee law, vehicular homicide based on driver intoxication is a Class B felony. A person convicted of this crime will face:

This crime is a class D felony. It involves serious injury to another person by the person convicted of a DUI. Penalties include:

This offense is a class A felony if two or more of the following conditions apply:

It is a class D felony to drive while under the influence if a child under 18 suffers serious injury. The crime is a class B felony if the child dies.

At the Law Offices of Adrian H. Altshuler & Associates, we fight aggressively to have DUI charges dismissed, to obtain an acquittal, or to negotiate a just plea bargain. We fight hard to have breath and blood tests suppressed and to show that there is a reasonable doubt a crime was committed. We’ve been fighting for the accused for nearly 30 years. Our Tennessee offices are located in Franklin, Columbia, and Brentwood. Please call us at 615-977-9370 or use our contact form to arrange an appointment.