The Importance of Paternity Testing For Child Support 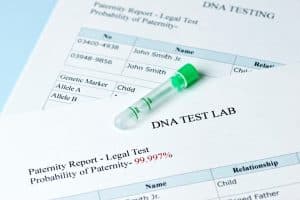 For most people, knowing who the biological father of their child is important to know simply on a personal level, but it is also especially important to know when it comes to matters of family law such as child custody and child support. The man who helped to bring the child into the world should be responsible for supporting that child throughout their life, or being able to show that custody belongs to him should the mother be unfit to care for the child herself.

Unfortunately, some men will deny that a baby is theirs just to get out of paying child support, and that is where paternity tests can show the truth. In Brazil, two brothers found themselves both paying child support for the same child when they tried to pull the wool over the eyes of the mother and of the legal system as to who the rightful father was.

In 2019, two identical twin brothers were ordered to both pay child support for the same nine-year-old girl due to lies they told in an attempt to avoid responsibility. As one might guess, this is not normally how child support works, but in this special case, their nearly-identical DNA, which they had been using to take advantage of women over the years, was also the thing that condemned them.

The brothers had had a history of impersonating each other throughout their lives in order to date as many women as possible. Most recently, a woman who had become pregnant by whom she assumed was the father had to have both men take a paternity test when she found out that the brothers had both slept with her by using their identical features to deceive her.

The DNA test came back as she expected, but the man said that his brother was the real father. Identical twins are especially notable for being created by sharing the same fertilized egg when conceived, and therefore share the same DNA. The DNA test was then inconclusive as to who was the true father between the two of them. While there are more detailed tests that may have provided a clearer answer, they are quite expensive and not always conclusive.

With it impossible to know who the biological father was, and with neither brother claiming to be the child’s parent, a judge ruled that both men must pay “30% of Brazil’s monthly minimum salary, which is around $70, and share the mother’s medical, dental, clothing, and school costs.”

How do paternity tests work?

While the above example is a very unique case, paternity tests are almost always 100% accurate in determining who the biological father of a child is. They are this accurate due to how they are administered.

DNA tests for legal reasons such as child support must be done in a medical setting, and are determined by gathering one of two types of samples:

What determines whether a man is the biological father to the child is if there is a genetic match in any parts of the DNA sequencing in the samples.

Paternity tests can be done before or after the child is born. Ancestry tests may provide insight, but they cannot prove 100% that a man is someone’s father. Only a paternity test can do so. As for cost, if you are in a scenario where you need a paternity test to prove the biological father for legal reasons, these tests can cost up to $500, and health insurance does not cover these costs.

How can I enforce child support?

One such action that can be taken in Tennessee is known as a child support lien, where a lien is put on the property of the parent who refuses to pay child support. If they do not pay the child support, they will not be able to sell their house until the debt is paid. If given permission from the court, the lienholder may even have the ability to sell the property and subtract the child support debt from the money made from the sale. A lien can be put on any property including a boat, a car, a truck, stocks, bonds or other investments or bank accounts, and any physical property.

Having a child without knowing who the biological father is can be a stressful and difficult time, especially if the father is not willing to accept his responsibility of paying child support. He may drag his heels, avoid being served documents, or simply stop communicating with you altogether. Thankfully, the legal system has ways that a mother can enforce child support be paid. At the end of the day, we can see that while sometimes both parents can mutually agree on how to support and raise their child despite being divorced, there are complicated situations in which some fathers may try to avoid their responsibilities to both the child and its mother.

If you are unsure of who the father of your child may be, or need assistance with enforcing child support, call the family law attorneys at the Law Offices of Adrian H. Altshuler & Associates or use our contact page to schedule a free consultation. We are well-practiced in family law, and have represented clients in Franklin, Brentwood, or Columbia, helping them through the legal process of child custody and support.