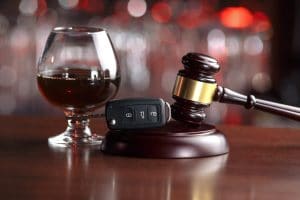 The $1 trillion infrastructure bill that was recently passed will initiate many changes for various modes of transportation. The bill will help to fund necessary improvements for roads, bridges, and different modes of public transportation. Amtrak in particular will have $66 billion set aside for freight and passenger rail improvements.

In addition to public transportation, there will be several different improvements to motor vehicles. One of the potential improvements involves advancements in technology that would prevent drivers from driving while under the influence.

Proposed technological advancements for vehicles under the infrastructure bill

A key provision of the infrastructure bill will require all automakers to install all new vehicles with technology that is capable of preventing drunk drivers. Although the type of technology has not been determined, lawmakers are endorsing the use of ignition lock devices that prohibit the vehicle from moving without a breath test by the driver.

In addition to ignition lock systems, lawmakers also considered the use of cameras installed in vehicles. These cameras would be used to monitor drivers to identify signs of impairment. The Automotive Coalition for Traffic Safety (ACTS), an industry group dedicated to testing systems used to discretely detect alcohol on a driver’s breath, plans to have a road-ready approach where car safety sensors will be tested.

What are the requirements under the new mandate?

The new mandate requires any potential safety equipment to meet two criteria. The safety equipment must be able to passively monitor the driver’s performance to accurately identify whether the driver is impaired, and it must prevent or limit motor vehicle operation once impairment is detected.

Lawmakers are not clear about what qualifies as passive monitoring for safety equipment. Congress gave the National Highway Traffic Safety Administration (NHTSA) a deadline of three years to issue a final rule for the safety devices. This deadline also benefits automakers by allowing them adequate time to conform to the mandate.

How do ignition interlock systems prohibit drunk drivers from operating a motor vehicle?

Lawmakers endorse the use of ignition lock systems that are similar in use to ignition interlock devices for drunk drivers. Ignition interlock devices measure the amount of alcohol in a driver’s breath. It is typically an in-the-car breathalyzer that prohibits a person from starting their vehicle until the person submits a breath alcohol test. The person will not even be able to start the car if the device detects alcohol from the person’s breath.

The device also requires drivers to periodically breathe into the machine. This is supposed to stop people from having a sober person blow into the device so the car will start.

It is worth noting that a 2019 report by the New York Times found that ignition interlock devices can actually cause car accidents because they are so distracting to drivers, especially if the driver cannot safely blow into the device when the system requires it.

Reviews of the new mandate are mixed

Many organizations are in favor of ignition lock systems, comparing it to technology like intelligent braking systems and blind spot sensors. Mothers Against Drunk Driving (MADD), in particular, is in favor of the ignition lock systems, believing that the technology will help save thousands of lives. According to the Insurance Institute for Highway Safety, drunk driving accidents take the lives of more than 9,000 people each year in the United States.

John Bozzella, who is the president and chief executive of the Alliance for Automotive Innovation, appreciates that the lawmakers allowed safety regulators to have flexibility in reviewing different options for car safety technology. Bozzella states that the number of provisions takes on the important challenge of addressing the threat of drunk driving.