How Alcohol Really Affects Your Driving

How Alcohol Really Affects Your Driving 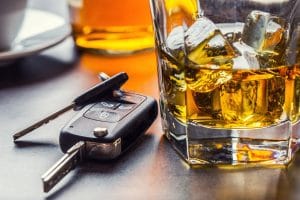 As the holiday season approaches, celebrations (even in the tie of the pandemic) make drinking and driving more likely. The pandemic itself encourages people to drink in order to cope with their social isolation and other troubles. Everyone, when they’re sober, understands that the combination of drinking and driving is often fatal. Drunk drivers are leading cause of traffic accidents across Tennessee and across America.

The two main ways to reduce the number of drunk driving accidents are to either drink less or make sure someone else does the driving if you become intoxicated. Drunk drivers can be charged with a Tennessee DUI charge if their blood alcohol content is .08 or more. A conviction for DUI means mandatory jail time, loss of driving license, fines, increased insurance rates, and other negative consequences.

According to Telegraph (a UK publication), some of the reasons drunk drivers are dangerous to themselves and others are:

Impaired driving due to alcohol can affect:

The best course of action is to plan ahead if you think you’re going to have a drink. If you are charged with drunk driving, there are often defenses. At the Law Offices of Adrian H. Altshuler & Associates, we work to exclude evidence that was illegally obtained. We fight to show the police had no grounds to stop you and to show the tests they gave you were invalid. We’ve obtained numerous dismissals and plea bargains of DUI cases. We represent clients in Franklin, Columbia, and Brentwood, and throughout Tennessee. Call our office at 615-977-9370 or complete our contact form to schedule an appointment.