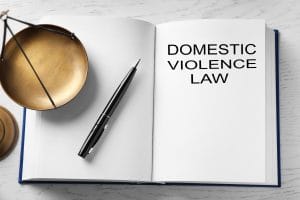 The COVID-19 crisis is forcing spouses, couples, and men and women to stay together for long periods of time. Tennessee like other states ordered that people stay at home during the early stages of the pandemic except for workers performing essential services. The confinement has created its own unintended consequences – an increase in domestic assault cases and charges.

According to a recent report in USA Today, most crime rates nosedived in the second half of March, because there was less traffic (resulting in fewer drug arrests) and fewer businesses open (resulting in fewer residential burglaries because people were at home). Many police departments report that they are purposely not arresting as many people to avoid spreading the virus in prisons.

How a skilled domestic violence lawyer can help

Skilled lawyers work to determine if there were any other witnesses or if the evidence is one spouse’s word against the other spouse’s version of what happened. We review the police report which may not be as detailed because of concerns about contracting the COVID-19 virus from other people.

At the Law Offices of Adrian H. Altshuler & Associates, we work to suppress improperly obtained evidence, negotiate plea reductions, and work to obtain acquittals before judges and juries. Some cases, for example, can be resolved if a defendant agrees to counseling as part of a plea settlement. With offices in Franklin, Columbia, and Brentwood, defendants can easily access legal representation. Call our office at 615-977-9370 or use our contact form to schedule a consultation about any domestic violence charges.